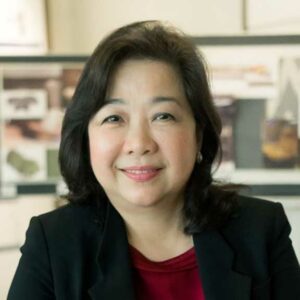 Batangas City is classified as one of the fastest urbanizing cities of the Philippines, and is known as the “Industrial Port City of Calabarzon”. It is home to the Batangas International Port, one of the busiest passenger and container terminals in the Philippines.

It also hosts one of the largest oil refineries in the country, three natural gas power plants, and several other major industries. In addition, the city also serves as the educational, industrial and the transportation center of the province.

With the expansion of Batangas Port, the operation of different heavy industries and the construction of Phase II of the STAR Tollway project and diversion roads, Batangas City has seen a gradual shift from an agricultural economy to an industrial economy.

The northwest of the city hosts different commercial establishments while the lowland areas surrounding Batangas Bay hosts the heavy industries of the city. However, despite its gradual shift in becoming a major commercial/industrial hub for CALABARZON, it still shares rural landscapes that is still preserved in the north part of the city. The Poblacion area is the major retail and commercial center of the city. It is filled with banks, restaurants, and local businesses.

Being a major port city, Batangas has seen an increase in migrants from nearby provinces, islands, and even nation states such as China, India, Indonesia and Malaysia.

Industries in Batangas City are concentrated around Batangas Port, Tabangao and Pinamucan areas, and Sorosoro Karsada. Shell, through its Philippine subsidiary, Pilipinas Shell, owns large refineries in Tabangao, and provides most of the fuel supply sold in Shell gas stations in southern Luzon and Metro Manila. JG Summit Holdings operates a petrochemical facility in Pinamucan Ibaba, with expansions to accommodate a coal power plant, which raised controversy to locals and environmentalists. Other companies also set up refineries for distribution to the province and nearby areas.

Batangas City hosts shopping malls such as SM City Batangas, operated by SM Supermalls, and Bay City Mall and Nuciti Central, owned by local retail companies. There is a sizeable number of supermarkets in the urbanized areas, some being part of malls while others being stand-alone neighborhood markets, fiercely competing with local public markets.

The Poblacion area hosts numerous shops, restaurants, banks, pawnshops, and other establishments. Two major public markets in the city proper serves produce from the rural barangays of the city as well as nearby municipalities.

The Diversion Road, constructed to divert traffic going to Batangas Port and Bauan from the city proper, is seeing a rise in retail stores in addition to industrial space. Numerous car dealerships are being constructed along the length of the road in barangays Alangilan and Balagtas. Fast food restaurants, like McDonald’s and Shakey’s Pizza are also rising near the Batangas Central Terminal.

n response to population and economic growth, local or national real estate companies are developing subdivisions to accommodate the increasing populations. Large-scale developments are present, mostly of local developers, but major developers like Ayala Land and Vista Land (through Camella) also have presence in the city.

Batangas City is classified as one of the fastest urbanizing cities of the Philippines, and is known as the “Industrial