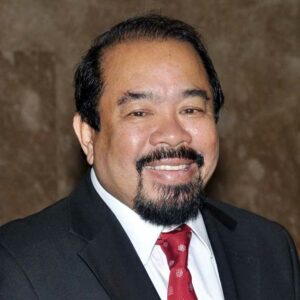 President, CREBA Chairman of the Board, Sunasia Energy Inc.

So much has been said about the need to reduce, if not eliminate, the country’s massive housing backlog in the shortest time possible. Yet, despite the unparalleled socio-economic benefits of housing as a centerpiece program, since the downfall of the Martial Law regime we still have to see an administration fully dedicate itself to this effort via concrete, meaningful legislative measures.

At the risk of sounding like a broken record, we reiterate the problem as follows:

These statistics are not our own fiction, but from authoritative sources such as the World Bank, Philippine Statistics Authority (PSA) and the National Urban Development and Housing Framework (NUDHF) of the erstwhile Housing and Land Use Regulatory Board (HLURB).

Apart from the obvious need, making housing the centerpiece program is not only a social imperative, but also an economic one. This is because of housing’s tremendous output multiplier, income multiplier and labor multiplier effects – as economic and financial experts worldwide acknowledge. In the Philippines in particular, expanded housing activity catalyzes business activity in at least 23 downstream industries.

“Without building new homes, our economic recovery will take longer than it needs to.”

Former President Corazon Aquino made agrarian reform her administration’s centerpiece program via the Comprehensive Agrarian Land Reform Law, to guarantee land ownership for the country’s farmers which, at that time, numbered only 3 million households.

Our Constitution is supposed to look upon all with equal favor. Yet, it is disheartening to note that the 6.7 million landless and “homeless” Filipino households have yet to receive the same kind of government attention as our farmers did.

True, Congress has enacted the landmark Urban Development and Housing Act (UDHA), which compels private developers to produce socialized housing equivalent to 20% of the total cost or area of their proposed housing development projects.

Yet, the positive impact has not served to de-escalate the problem. CREBA believes the reason to be simply:

In a recent interview with Agenda with Cito Beltran, a Philippine television talk show broadcast by One News, Cito asked yours truly what CREBA is doing about the problem.

Admittedly, as a private organization, all we can really do is intensify our advocacy efforts – and in this, as its record of advocacies and achievements would show, CREBA has not been remiss.

Our members – we are extremely proud to say – have not been remiss either. They have gladly embraced the balanced housing requirement or social housing quotas under the UDHA, despite the extreme difficulties in compliance and unprofitability of the endeavor.

Still, in the ultimate analysis, we in the private shelter sector can do only what the operating environment that the government creates allows us to do.

It is perhaps time for the political leaders to match our sector’s commitment with equal fervor and concrete action. The coming elections should provide hope.

PrevPreviousClarifying the VAT on Low-Income Housing

More from the President

Towards Equitable & Sustainable Land Use Interventions

“Land is indispensable to any and all human activity; and how a nation uses its lands, to a large extent

The simple fact is that housing is the most expensive of all human needs; and like any business, without government

Amid the recent activities of the Taal Volcano, the Department of Human Settlements and Urban Development (DHSUD) on Wednesday inaugurated

In the wake of the massive devastation wrought by Super Typhoon Odette last December, the Surigao del Norte provincial government

Senatorial candidate Mark Villar assured that he will continue backing the completion of crucial infrastructure projects in Bulacan, which is

The present and future of Philippine real estate

From a global perspective, the Philippines real estate sector is inherently unique, and I would argue is currently undervalued. As

OECD: PH economy to grow fastest in SEA in 2022

The Organization for Economic Cooperation and Development (OECD), the bloc of rich nations, expects the Philippine economy to grow fastest

Iloilo as Philippines’ Next Innovation Hub

Master planning, by definition, is the conscientious effort of developing or improving a property with the goal of ensuring a