Be part of it!

As the country emerges from the devastation wrought by the COVID-19 pandemic, CREBA celebrates its 49th founding anniversary by gathering the real estate and housing industry stakeholders across the country — to confer on strategies that will help propel the property sector to a strong rebound.

With the theme “Gearing Up for the Future of Philippine Housing & Real Estate”, our speakers will provide updates on on-going legislative proposals, policy directions, reform initiatives and industry trends. 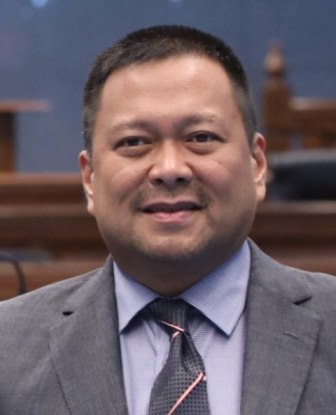 He is a proud alumnus of Xavier School, where he completed his elementary and secondary education. He earned a degree in Political Science at the De La Salle University Manila in 1991. Ejercito first entered the political limelight in 2001, when San Juan residents clamored him to run as mayor. He served as San Juan Mayor for three consecutive terms, from 2001 to 2010.

Under Ejercito’s leadership, San Juan was distinguished for its dynamic local government reforms and economic boom, which resulted in an annual revenue increase of P100 million. From P300 million in 2001, San Juan’s revenue reached P1.2 billion pesos in 2010. Because of this significant growth, San Juan was converted into a highly urbanized city in June 2007.

Ejercito’s accomplishments as Mayor garnered him several prestigious awards, such as the Ten Outstanding Young Men (TOYM) Award for Public Service and Governance in 2007.

In 2010, Ejercito ran unopposed as Representative for the Lone District of San Juan.

In the 15th Congress, Ejercito was recognized among the Fifteen Most Outstanding Congressmen. He chaired the House Committee on Metro Manila Development and served as Vice Chairman of the Committee on Labor and Employment and Committee on Local Government.

Ejercito was also distinguished as the 9th most prolific lawmaker in the 15th Congress, having authored a total of 149 House Bills, one of which was the Kasambahay Bill, and 18 House Resolution. He also fought to increase state subsidies for state universities and colleges (SUCs) and for the reformation of the Sangguniang Kabataan system.

Ejercito was elected Senator during the May 2013 national elections.

During the 16th Congress, Ejercito sought to legislate landmark reforms on local housing, economic affairs, education, job generation, and the welfare of the youth. At the time, he was Chairman of the Senate Committee on Economic Affairs and Committee on Urban Planning, Housing and Resettlement. He was able to file a total of 117 Senate Bills and 18 Senate Resolutions.

In the 17th Congress, Ejercito advocated for significant measures on public health and housing. As Chairman of the Senate Committee on Health and Demography and Committee on Urban Planning, Housing and Resettlement, he principally sponsored two landmark laws, namely the Universal Healthcare Law and the Department of Human Settlements and Urban Development Law. He also ensured the approval of at least 40 laws that sought to establish, upgrade, and convert public hospitals across the country. A total of 55 bills authored and co-authored by Ejercito in this Congress were enacted into law.

Senator JV Ejercito is married to Ma. Hyacinth Lotuaco. He is a father to two boys, Julio Jose and Jose Emilio.

Source: Senate of the Philippines

Hon. Jose Francisco “Kiko” Bantug Benitez, Ph.D. is the Representative of the Third District of Negros Occidental. Representative Benitez is the former President of the Philippine Women’s University (PWU) and has previously sat in the Board of Trustees of various associations of higher education institutions, and civic organizations.

He was Assistant Professor at the University of Washington-Seattle and has taught various courses at Cornell University in New York, University of Wisconsin-Madison, University of Asia and the Pacific, and PWU. For his extraordinary work and leadership in education, he received the Award for Outstanding Contribution to Education in the 2017 Asia’s Education Excellence Awards.

He is happily married to Charlotte Kuo with whom he has three beautiful daughters. He is the youngest son of Jose Conrado “Joly” Benitez, former Deputy Minister of Human Settlements, and Betty Bantug-Benitez of Victorias City, Negros Occidental, former executive director of the Cultural Center of the Philippines. His elder brother is former Negros Occidental Congressman Alfredo “Albee” Benitez. * 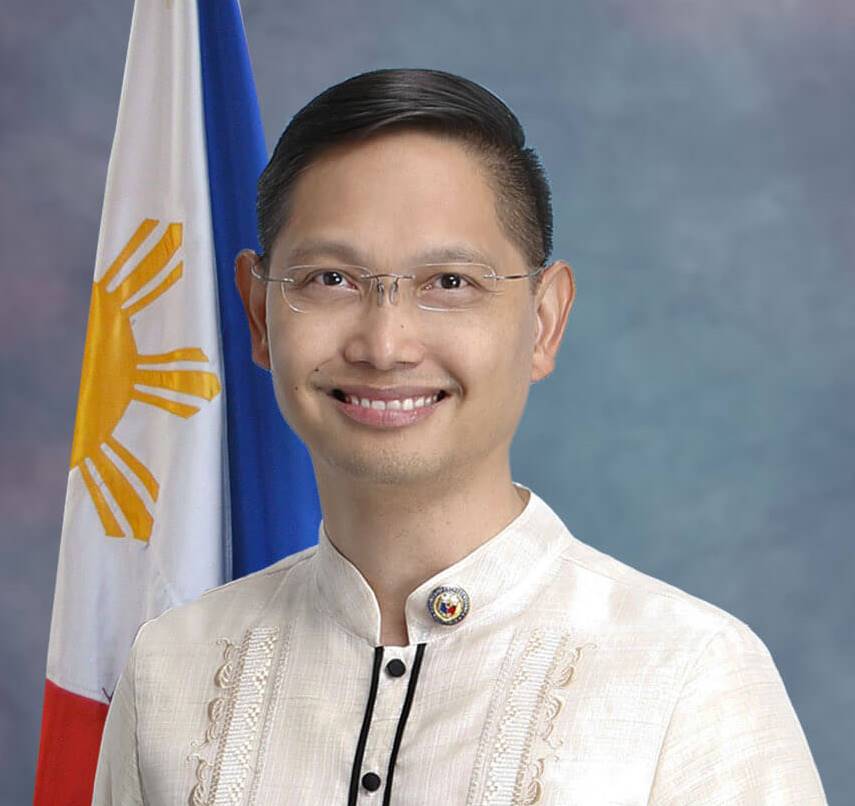 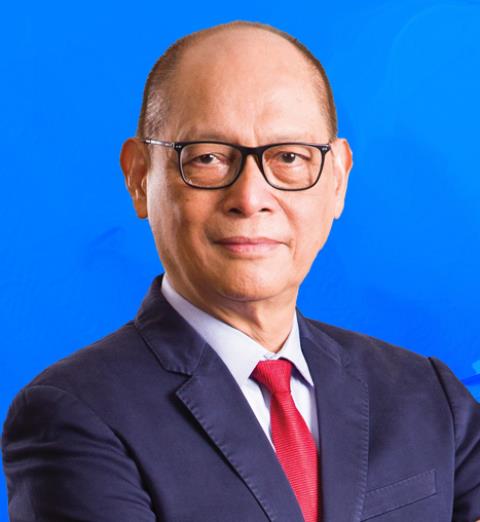 Hon. Benjamin Estoista Diokno, born March 31, 1948, is an economist currently serving as the 32nd Secretary of Finance under the administration of President Bongbong Marcos.

He also served as the governor of the Bangko Sentral ng Pilipinas and ex officio chairman of the Anti-Money Laundering Council from 2019 to 2022 under President Duterte, and undersecretary for Budget Operations of the Department of Budget and Management from 1986 to 1991 under President Corazon Aquino.

He also holds a Master of Arts in Political Economy (1976) from the Johns Hopkins University in Baltimore, Maryland, USA and a Ph.D. in Economics (1981) from the Maxwell School of Citizenship and Public Affairs, Syracuse University in Syracuse, New York, USA. His dissertation “Public Sector Resource Mobilization through Local Public Enterprises in Developing Countries: Issues, Practices and Case Studies” looked at using local public enterprise as alternative means of mobilizing funds for public purposes.

During the Aquino administration, Diokno provided technical assistance to several major reforms such as the design of the 1986 Tax Reform Program, which simplified income tax and introduced the value-added tax (VAT), and the 1991 Local Government Code of the Philippines.

During the Estrada administration, Diokno initiated and instituted several reforms that would enhance transparency and improve the efficiency of the delivery of government services. The first major reform instituted was the “what you see is what you get” or WYSWIG policy that is a simplified system of fund release for the General Appropriations Act (GAA). This allowed agency heads to immediately plan and contract out projects by just looking at the GAA, which is available in print and at the DBM website, without waiting for the issuance of an allotment authority.

Diokno initiated the reform of the government procurement system (GPS) through the adoption of rapidly improving information and communications technology. He secured technical assistance from the Canadian International Development Agency (CIDA) to help the GPS develop an electronic procurement system along the lines of the Canadian model. By August 1999, the DBM had two documents necessary to initiate reforms in public procurement.

In early 2000, Diokno and USAID successfully concluded a substantial technical assistance program for the DBM’s budget reform programs, which now included procurement reform. Other budget reforms instituted by Diokno concerned procedures for payment of accounts payable and terminal leave/ retirement gratuity benefits. The release of cash allocation were programmed and uploaded to the department’s website while payments were made direct to the bank accounts of specific contractor.

In his third tour of duty as Budget Secretary, Diokno intended to pursue an expansionary fiscal policy to finance investments in human capital development and public infrastructure. In addition, he seeks for the passage of a Budget Reform Bill to ensure the compliance of future budgets with the pertinent laws of the land. He also aims to re-organize and professionalize the bureaucracy with a Government Rightsizing Act.

Diokno took his oath as Finance Secretary on June 30, 2022 following the Inauguration of President Bongbong Marcos.

Hon. Garry V. De Guzman is a lawyer-CPA with extensive experience in the government and private sectors.

He was Undersecretary for Administration and Finance of the Department of Transportation from September 2016 to March 2021. Prior to this, he was SVP and Head of Corporate Advisory and Compliance of Megaworld Corporation from May 1997 to June 2016, Associate Attorney of ACCRA Law Offices from March 1995 to April 1997, and Auditor at Punong Bayan and Araullo from November 1989 to June 1991. 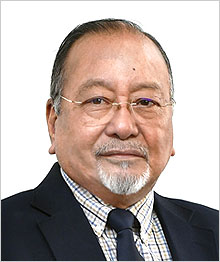 A registered architect, urban planner and environmental planner, he has over 40 years’ experience in several projects of local governments, national agencies, the private sector, and international assistance organizations.

A seasoned professional, Dinky competently handled diverse positions in government, international organizations, and the academe. He was the first Commissioner for Planning of the Metro Manila Commission (now Metro Manila Development Authority or MMDA). Prior to this, he was Deputy General Manager of the Human Settlements Development Corporation (HSDC).

He also served as Regional Director for Asia Pacific of the UN-Habitat Urban Management Program , and as Adjunct Professor of the Asian Institute of Management (AIM).

His notable engagements and accomplishments include contributions to government policy and program formulations, authorship of various technical publications on sustainable urban development and management, and involvement in various international and national fora and symposia as panelist, speaker, or organizer.

He has been awarded by the Professional Regulatory Commission (PRC) as Outstanding Professional in the field of Environmental Planning for 2012.

Prior to joining PHOA, Mr. Bengzon was with the Department of Tourism for 35 years where he was involved in development planning, strategy formulation, bilateral negotiations, marketing, investment promotions and product development. He was also posted in Tokyo, Japan as Tourism Attaché for seven years. He was a career official who started as a contractual employee and rose from the ranks to become Undersecretary.

He was also a part-time lecturer at the UP Diliman Asian Institute of Tourism and College of Home Economics, and the Development Academy of the Philippines Graduate School of Public and Development Management.

As Executive Director of PHOA, Mr. Bengzon commits to advancing the advocacies of the Association and making it the single and dominant voice representing private businesses in the accommodation sector. 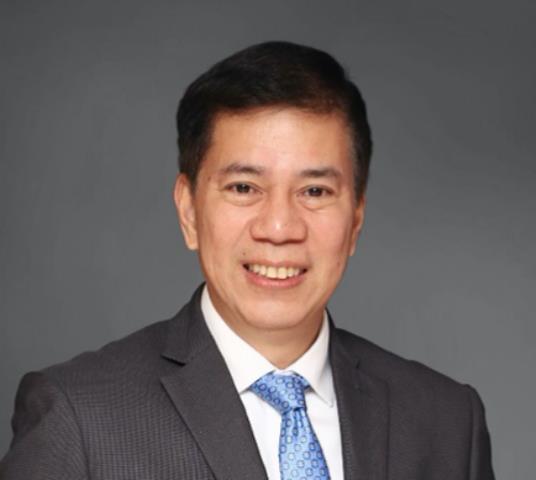 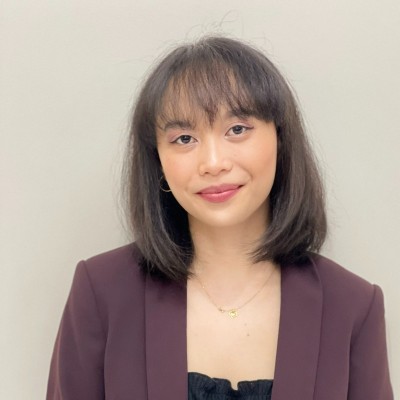 She is trained in the field of Geography, with a master’s degree in Public Administration from the University of the Philippines in Diliman. She earned her Master of Science degree in Environment Science and Policy from Central European University (Vienna, Austria).

Her work experience includes working with the UP DREAM (Disaster Risk Exposure for Assessment and Mitigation) on different capacities. UP DREAM is part of the Project NOAH (Nationwide Operational Assessment of Hazard). Aside from this, she also engages with non-government organizations (United Nations Development Programme, Humanity and Inclusion, Christian Aid) and local government units in the Philippines.

What's in it for you? 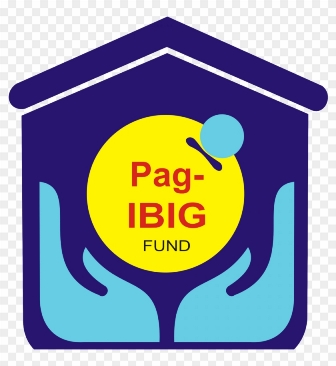