Ms. Techie P. Bautista – currently CREBA’s VP for Academic Affairs and President of Geterson Realty & Development Corporation – is a multi-dimensional professional with a wide breadth of knowledge and experience in various fields, particularly as a human resource expert and an educator.

Among other laudable achievements, she is credited with having initiated the Executive Diploma Program in Real Estate Management (EDPREM) – the first in the history of real estate in the Philippines, and which the CREBA-De La Salle consortium has been offering for almost 20 years.

She has been representing CREBA in various dealings with government instrumentalities for almost two decades.

Apart from her real estate business, she has also been actively involved in various government functions – particularly as special assistant to then Vice-President Salvador Laurel, during which she co-chaired the reorganization efforts of the Ministry of Foreign Affairs. She later became consultant on matters pertaining to market administration and cooperatives of former Manila Mayor Alfredo Lim, and then as member of the Presidential Commission on Urban Poor under the administration of former president Joseph Estrada.

With a big heart and a passion for humanitarian activities, she has been the initiator and prime mover of many of CREBA’s socio-civic operations during states of calamity. 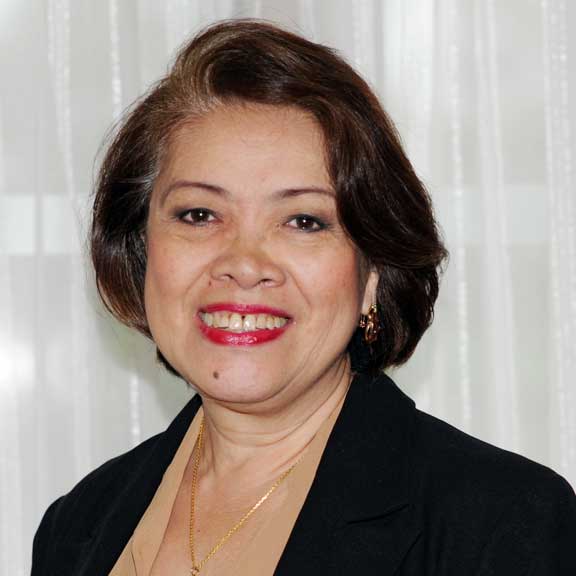