Admitted to the Philippine Bar at the early age of 23, he was a professor of Constitutional Law, Political Law, Administrative Law and Public Corporation Law at the Philippine Law School.

Atty. Serrano’s involvement in the real estate business began with his first project, the 450-hectare Better Living Subdivision in Parañaque. He was among the pioneers of mass low-income housing development in the early 70’s, and in 1986 initiated the development of socialized housing projects in Metro Manila under BP 220.

Since his establishment of SOAP in 1970 and CREBA in 1973, and as Chairman of the Multi-sectoral Alliance for Shelter (MAS) in 1984, Chairman of the Philippine Council for Planning & Housing (PCPH) in 1986 and Chairman of the CREBA Social Housing Foundation (CSHF), he played a primary role in galvanizing the real estate and housing industry.

Having diversified into agro-industrial, aquaculture, export and quarry/crushing plant ventures, Atty. Serrano also served as long-term Chairman of the Philippine Association of Hog Raisers (PAHRI), Chairman of the Federation of Philippine Industries (FPI), Vice-President of the Confederation of Philippine Exporters (COPE) and  Director of the Philippine Livestock & Poultry Development Foundation (PLPDF). As such, he also played a major role in the adoption by the government of measures to improve the business climate for these industries. His expertise in Constitutional Law led to the landmark case Luz Farms vs. DAR, wherein the Supreme Court declared as unconstitutional the inclusion of livestock and poultry farms in the CARP coverage.

Atty. Serrano is recognized in the shelter industry as CREBA’s guiding light, and is credited with having spearheaded the Chamber’s efforts in legislative and policy advocacy, particularly to influence government and private sector activities towards increased production of affordable socialized and low-income housing – efforts that contributed considerably in shaping the industry into what it is today. 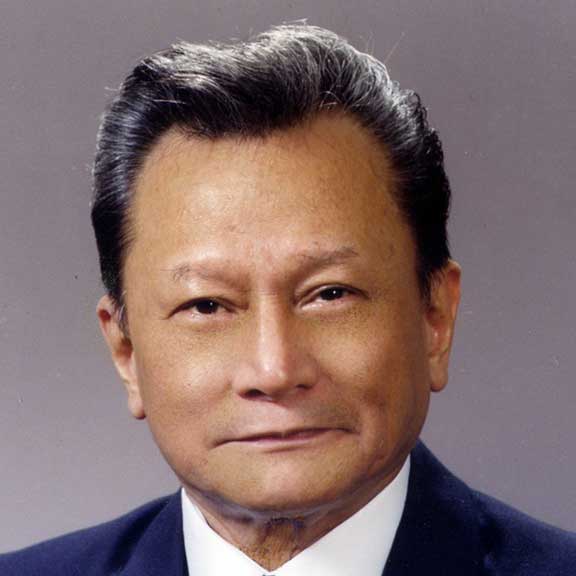