He is an outstanding businessman and respected real estate developer with a long track record in residential, commercial and leisure property development.

During his two consecutive terms as executive vice-president of CREBA from 2012-2013, he chaired the organizing committee of the 21st CREBA national convention held in Puerto Princesa City, Palawan in 2012 as well as the 40th anniversary celebration of the association held in Makati City on October 2013.

He also served in the past as CREBA director and has been an active member of the association for 3 decades. He first served as national president of CREBA – the country’s largest association of real estate developers and other related fields and professions in 2014, and then as national chairman in 2016.

Toti started his career in sales and marketing with the Mondragon Industries and later, with Rustan’s group as credit and collection officer. It was in 1974 when he joined the V.V. Soliven Realty group where his future in real estate started to bloom, and where he was hailed the company’s youngest marketing man par excellence. He pursued these life-changing undertakings while completing his college degree.

In 1981, Toti co-founded Fil-Estate Realty Corporation and went on to head and manage its various related companies which led in the development of prime leisure, golf, resort, commercial and residential properties all over the country.

In 2013 he founded Sunasia Energy Inc. and is now its Chairman of the Board.

In the field of community service, he is the founder of the War Against Poverty Foundation (WAPF); Kilusan at Ugnayan ng Maralitang Pasigueno Inc. (KUMPAS); and Lakas Pilipino.

In 1995, he was conferred the most outstanding alumnus award by the University of Sto. Tomas where he obtained his degree in philosophy. 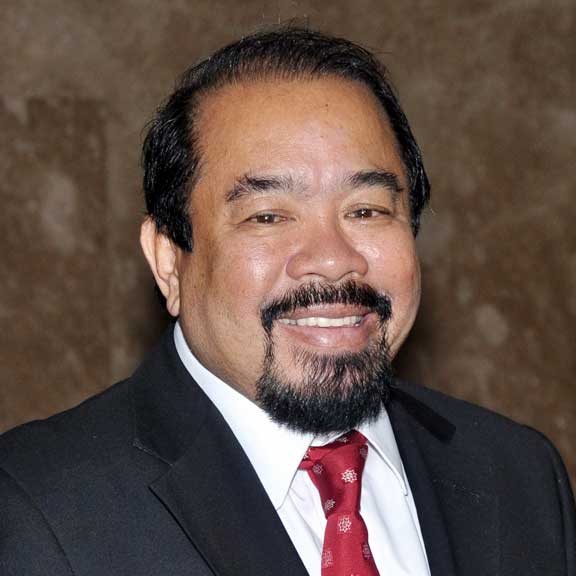 President, CREBA
Chairman of the Board, Sunasia Energy Inc.