To others, they are seen as destroyers of natural habitats, producers of urban sprawl, and creators of dysfunctional, fragmented developments.

But the sorry state of our towns and cities is not necessarily the fault of developers. For instance:

Yet merely “responding to the market” — the justification most developers give for doing what they do — is a regressive competitive strategy, and one that almost all other industries no longer use.

There is, however, a better way, and those who practice it are gaining not only public acclaim but also competitive advantage.

This way is Green Development, a new way of thinking about the goals and the process of creating and modifying the built environment that transcends mere compliance strategies.

It uses the process of addressing environmental concerns and opportunities as a catalyst to create fundamentally better houses, buildings and communities.

Our presentation below capsulizes the concept and strategies by which these goals can be pursued. 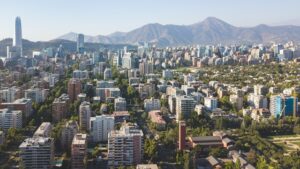